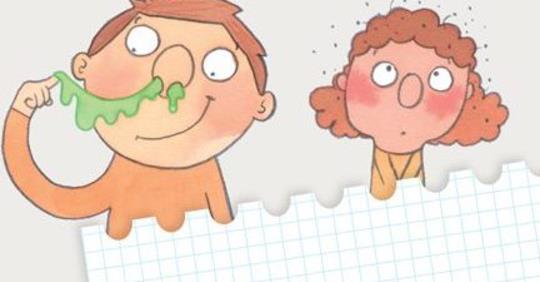 SUPERPROD DIGITAL adapts : “WHEN I FEEL GOOD, WHEN I DON’T. THE BODY EXPLAINED TO THE CHILDREN (AND THEIR PARENTS!)”[1] by Michel Cymes, France’s most popular and beloved tv doctor

SUPERPROD DIGITAL is proud to announce the audiovisual adaptation of the popular book “When I feel good, when I don’t. The body explained to the children (and their parents!)”1, published by Les Editions Clochette.

The book aims at answering in a simple way to questions that children ask about their bodies, such as: What are glasses for? Why do I have to blow my nose? What is this fever? Why do I have to wear a cast? Why do I have blond hair and my neighbor black hair? Why is it important to eat before going to school? Is it true that the brain cannot get hurt?

Michel Cymes reports: “When my son was 5 years old, he asked me full of curiosity: “Hey Dad, would you please draw me a heart”, I suddenly found myself involved in a “mission” to explain their body to the children, who kept telling him at school that his father was “the doctor from TV”. At 5 years old, you look, you observe, you feel, and you compare yourselves… and sometimes you worry. You wonder why the skin of your friends is not the same color as yours, for example. Those are not big metaphysical questions about the origin of the people, but questions they want answers for.”

The book was published in 2017 and already sold several tens of thousand copies in France alone. Foreign editions are in discussion in several countries.

SUPERPROD DIGITAL is working on an audiovisual adaptation into a fun, playful and efficient series of short episodes (2 to 3 minutes). The series, dedicated to 6-year-old kids and the whole family, will be produced for digital platforms and television channels.

SUPERIGHTS will distribute the series worldwide.

“Well-being is about your mind and is about your body, that’s also true for kids, says Carole Brin, Chief Digital Officer at SUPERPROD, and we are delighted to work on a show that will take us through this with all the humor and the simplicity of the book”.

Michel Cymes is a French medical doctor. He has been one of the most popular personalities in France for several years. With his books, his conferences, his top rated radio and television shows, as well as his best-selling magazines Dr Good and the Club Prévention Santé, Michel Cymes spreads an essential message to parents and their children: Take care of your health!

“What a luck and what an honor it is for a publisher to see the books getting animated! With the mix of Michel Cymes’ scientific and facetious spirit and Laure Monloubou’s cheerful drawings, the book is educational and fun at the same time. With the help of Superprod, we will give the children something to make them think…and laugh. And above all, something to make them love and understand their body as a friend they must protect and respect”, adds Maureen Dor, the founder of Editions Clochette.

Superprod Digital is the label of Superprod dedicated to the production of programs and games for new platforms and new consumption habits, from VOD to social media, and from smartphones / tablets to game consoles.

With an editorial line focusing on Positive Education and leaded by Carole Brin, Superprod Digital develops several projects for children and families. The company is already working with Glénat on the adaptation of the Classical Tales by Marlène Jobert, which has sold over 11 million copies, as well as on the adaptation of the books Zero Waste Kids and Zero Waste Family by Jérémie Pichon and Bénédicte Moret (Thierry Souccar Editions).

Superprod Digital is also dedicated to the digital exploitations and adaptations of Superprod Animation’s properties, such as Pat the Dog, based on the famous mobile game, with a reboot 3D version to be launched early 2019 on the AppStore and Google Play.

SUPERPROD develops and produces animated and fiction series and movies and was founded by Clément Calvet and Jéremie Fajner. SUPERPROD recently produced the animation feature film WHITE FANG by Alexandre Espigarès, which was selected for the Sundance Film Festival and released in 2018, THE SONG OF THE SEA by Tomm Moore, nominated for Oscar Academy Awards and Cesar Academy Awards, the adult animation movie CAFARD by Jan Bultheel and JAILBIRD by Audrey Estrougo and Sophie Marceau. SUPERPROD also produced an animated in its studios, SUPERPROD STUDIO in Paris and Angoulême, the animation series LASSIE for TF1, Dreamworks Animation and ZDF Enterprises,  HELEN’S LITTLE SCHOOL  for France Télévisions, Téléquébec, TFO, Knowledge and Discovery Kids Latin America and the series PAT THE DOG on CANAL + and RAI,  broadcast in more than 180 countries, including Disney in the United States, in Spain and Germany and Turner (Cartoon Network/Boomerang) in Europe, Asia and the Middle East.